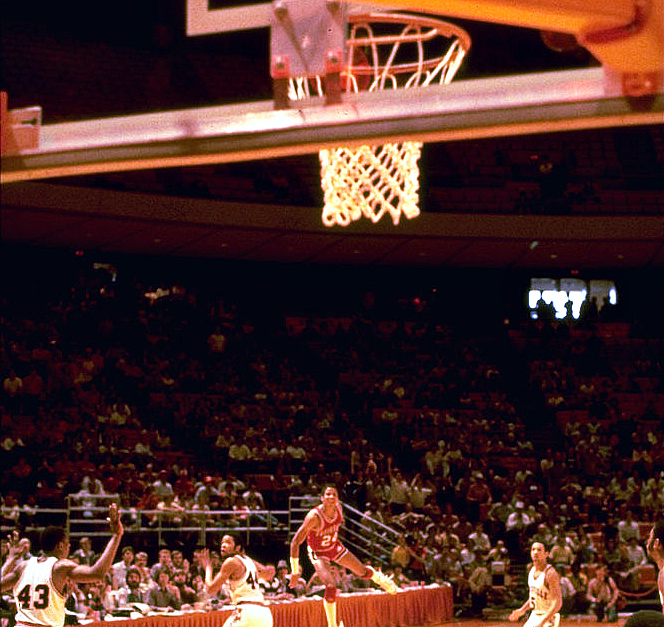 Arkansas’ last-second win over Louisville in the 1981 tournament endures more than three decades later. Often listed among top 10 lists of classic NCAA Tournament endings, U.S. Reed’s half-court buzzer-beater sent the Hogs to their third Sweet 16 and knocked out the defending champions. Arkansas inbounded the ball under its own goal and Reed dribbled frantically to mid-court, hounded by two Cardinals defenders. Reed launched a 49-foot bomb with one tick left on the clock and the buzzer sounded while the ball sailed toward the rafters. After emphatically splashing through the hoop, a contingent of Razorbacks fans, players, coaches and cheerleaders swarmed the court.