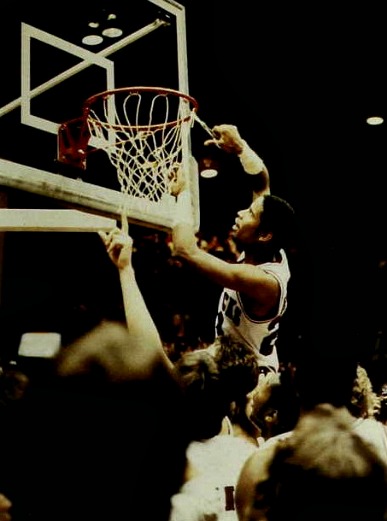 Arkansas opened its 1981 SWC schedule with a 92-50 whipping of SMU in Reunion Arena, a prelude to the Hogs’ dominance at the NBA facility. After a midseason slump, the Hogs reeled off 11 straight wins to secure the conference championship. Despite losing in the opening round of the SWC Tournament, the Hogs secured a No. 5 seed in the Midwest Region of the NCAA Tournament. In the second round against Louisville, U.S. Reed would write his name in the annals of Razorback history.