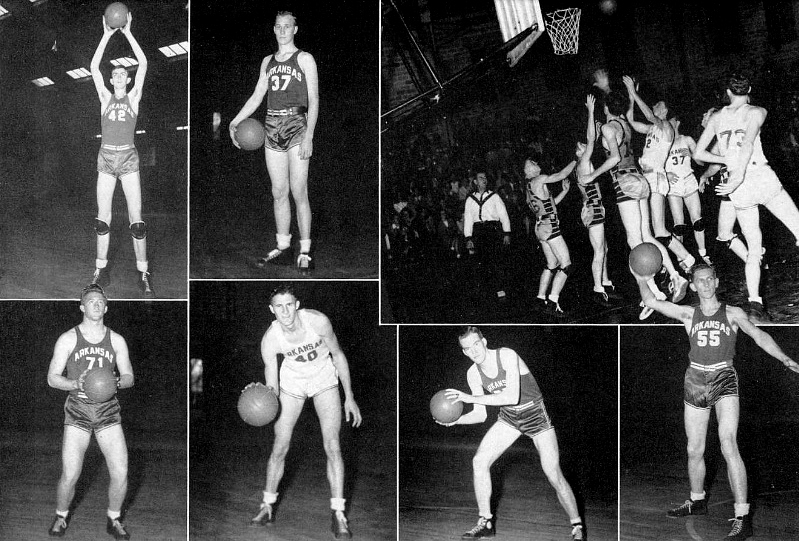 Arkansas continued dominating the SWC in the 1930s, winning conference titles in 1936 and 1938. But the 1941 squad triumphed by reaching the school’s first Final Four. Only three years old, the tournament featured just eight teams, and Arkansas was the third school to represent the SWC. The Hogs beat Wyoming in the opening round before losing to eventual runner-up Washington State in the semifinals.