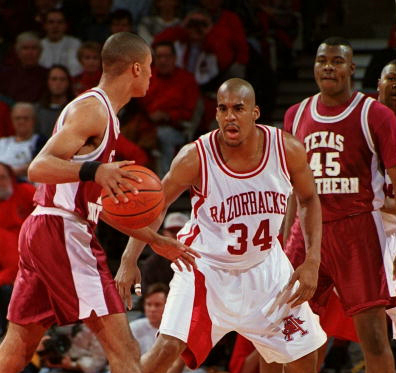 Arkansas received a No. 2 seed in the NCAA Tournament, and subsequently was sent to Austin, Texas, for the opening round of the Midwest Regional. There the Razorbacks faced Texas Southern, a team they had decimated 129-63 a year prior. But the Tigers were ready in the rematch and used a 43-point second half to nearly pull off one of the biggest upsets in tournament history. The Hogs survived, 79-78, setting up what would be an exciting and grueling tournament for Arkansas fans.