Editor’s note — This is an excerpt from a piece originally written for THV11. Parts of it have been reprinted here with the author’s permission. 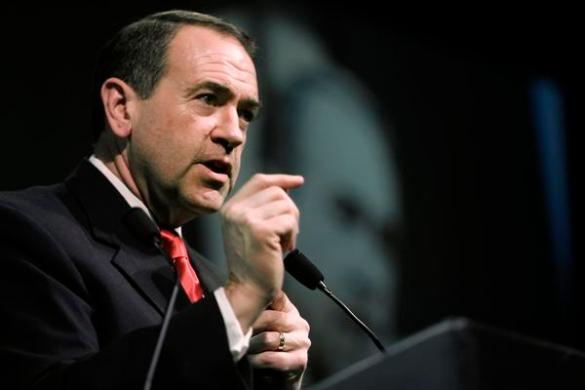 Mike Huckabee made an unsuccessful bid for the White House in 2008.

In January 2007, outgoing Arkansas Governor Mike Huckabee made a peculiar request of his staff: destroy the office computers.

Huckabee’s staff obliged, wiping the memory of more than 100 computers before smashing their hard drives beyond repair.

The reason behind the frenzied housecleaning has never been fully explained. Huckabee briefly addressed the issue in 2007, saying the hard drives were destroyed to “protect the privacy” of his staff.

But one unearthed memo referred to potential backups of the destroyed drives. The memo also says the backups were supposed to be delivered to a Huckabee aide.

As of this writing, however, the story was last mentioned in 2011. 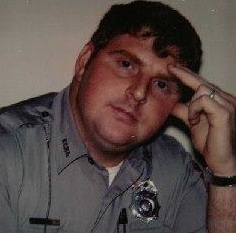 Luther Gerald “Jerry” Parks, Jr. was an accomplished police officer and head of his own security firm.

But only nine months after Clinton won the White House, Parks was gunned down in West Little Rock. Parks was leaving El Chico when he was ambushed by two men in a white Chevrolet Caprice at the intersection of Chenal Parkway and Highway 10, where witnesses said the men shot Parks to death before speeding away. The only evidence left behind were 10 9-mm bullet casings scattered on the pavement.

Clinton’s far-right critics pounced on the murder. They said it had political overtones, pointing to the untimely suicide of Vincent Foster – a childhood friend of Clinton’s and one of his closest allies – only months earlier as evidence of a conspiracy.

Parks’ son, Gary, also tried to link Clinton to the murders. He claimed that his father had collected a file on Clinton’s salacious activities and that he was executed due to its contents. The Little Rock Police Department dismissed such claims as “unsubstantiated”.

Adding another twist in the case, Gary was recently charged with the murder of his mother’s new husband, David Millstein. Police in Baxter County think Gary had help, and they believe that the unnamed suspect might also have ties to Jerry’s murder.

Despite the passing of two decades, LRPD says its investigation into the elder Parks’ murder is ongoing. 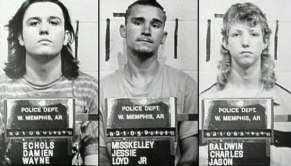 The West Memphis Three were freed in 2011 after spending nearly two decades in prison.

Does a killer still roam free in Arkansas?

Damien Echols was the lead suspect in the murders of three West Memphis boys in 1993. After serving 18 years in prison, Echols, along with the two other suspects, Jessie Miskelley, Jr. and Jason Baldwin – subsequently dubbed the West Memphis Three – were released per a controversial Alford Plea in 2011.

In one of Echols’ many interviews while in prison, he issued a sobering notion to filmmakers of the West of Memphis documentary: “The person who killed those three kids is still out there walking on the street.”

Investigators never found any physical evidence linking the WM3 to the crime scene. Moreover, witnesses who originally testified against the trio later said their confessions were coerced by law enforcement. And thanks to improving forensic science, investigators uncovered a strand of DNA from one of the shoelaces used to subdue the victims that didn’t match any of the WM3.

Further complicating the case was the mysterious “Mr. Bojangles.” On the evening of the murders, a “disoriented” African American man, covered in blood and mud, entered a Bojangles restaurant not far from where the bodies were found.

The suspect’s race was an important factor in the case, as the hair of black male was discovered in one of the sheets used to wrap the victims.

Police were summoned to the restaurant, but officers took the report via the drive-thru window and never entered the building to interview the suspect. Blood samples taken from the bathroom were later lost by WMPD investigators before the WM3 went to trial.

Other advocates of the WM3’s innocence point to one of the victim’s stepfather, Terry Hobbs, as the real killer. Hobbs had a history of child abuse and was reportedly the last person seen with three boys.

Sadly, after more than 20 years, it appears that the deaths of Stevie Branch, Michael Moore, and Chris Byers will forever remain unsolved.