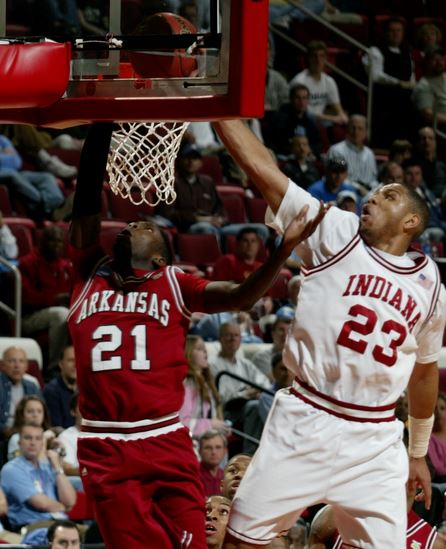 Thanks to its dramatic run in the SEC Tournament, Arkansas earned a No. 9 seed in the NCAA Tournament. The Razorbacks took down Indiana and future NBA lottery pick Eric Gordon to snag their first Big Dance victory since 1999. In a prelude of future tournament heartache, though, North Carolina slaughtered the Hogs in the second round.