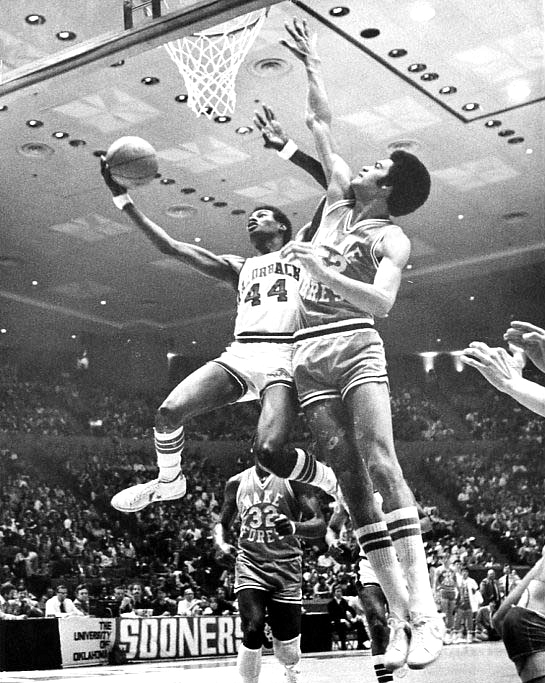 Arkansas also returned to the NCAA Tournament in 1977 — the Hogs’ first postseason appearance since 1958. Wake Forest outlasted Arkansas in the opening round, 86-80. Despite the season’s abrupt climax, the Hogs had established a successful foundation around a star trio — nicknamed “The Triplets” — and a bevy of role players. The stage was set for 1978 to be a banner year.