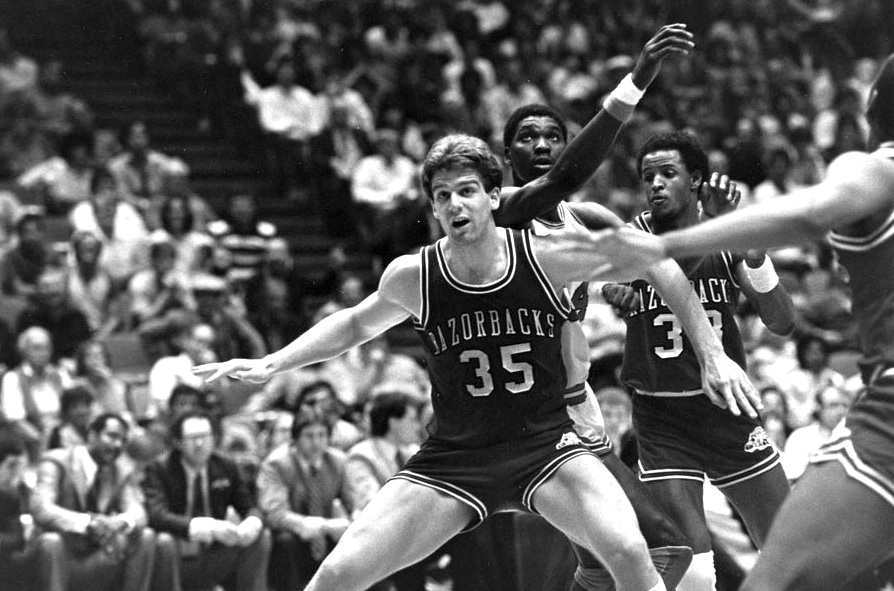 Taller and beefier than Scott Hastings, Joe Kleine, pictured above, sat out the 1982 season after transferring from Notre Dame. He had an impressive sophomore season, emerging as a third option to Robertson and Walker as Arkansas reached the Sweet 16 — the Hogs’ last deep tournament run until 1990. By the mid 1980s, Kleine was one of three dominant centers that epitomized SWC basketball. The other two were SMU’s Jon Koncak and Houston’s Akeem Olajuwon. All three were first-round NBA draft picks.