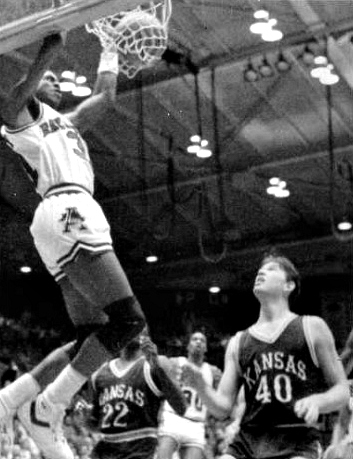 Arkansas again was off to a hot start for the 1986-87 season. The Hogs won their first four games, which included a convincing 17-point win over No. 6 Kansas. Toppling the Jayhawks earned Arkansas it’s first top 25 ranking under Nolan Richardson (No. 20), but the Hogs existed the polls about a week later.